More than 70 oak species grow naturally in North America, the most widespread being the large majestic burr oak, also called mossy cup oak. The edge of the cup holding the large acorn resembles the burrs of the burdock, hence the common name.

On good sites the burr oak can grow to 40 metres but on less fertile soil remains small and twisted. Corky wings often develop on the branches, which emphasize the tree’s generally bare and spiky appearance.

In its native habitat the burr oak is an important broadleaf species which is widely used in industry. Among other applications, the timber is used for wine and spirits casks. The large acorns can be used as food, generally in crushed form in bread and cake dough, though in most cases only after being steeped in water to remove tannins. Animals also feed on them.

In Finland there has been considerable variation in the success of the species. Provenances collected by Mustila expeditions in the northern parts of its range have grown well as far north as Oulu but poorly in the Arboretum’s own plantings. It may be that these provenances from a continental climate thrive better in the north and east of Finland, or it may be a question of the soil at Mustila being unsuitable. 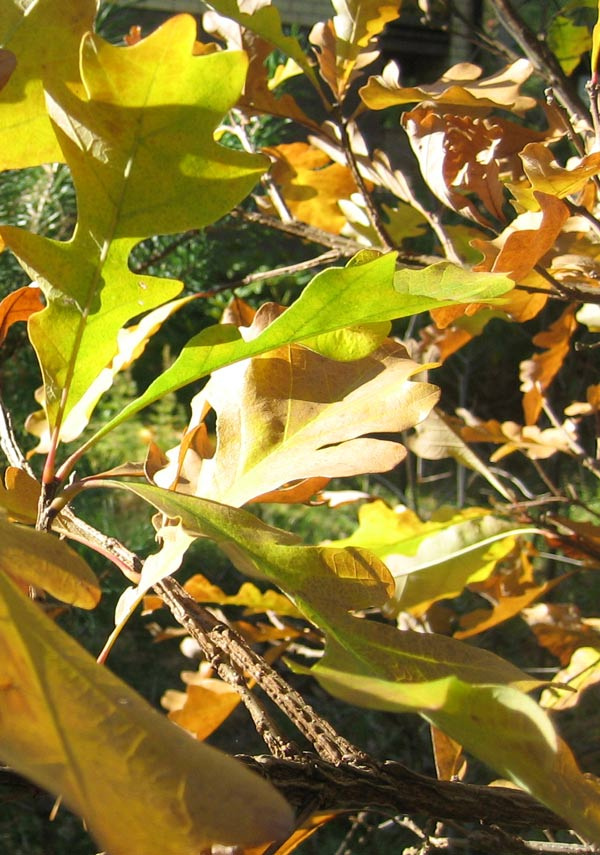