The Japanese whitebark magnolia is one of the most tropical-looking tree species which can be grown in Finland. It has the northernmost range of any of the magnolias, growing naturally as far north as the Kuriles and Sakhalin Island.

The leaves may be up to half a metre in length, hence the alternative common name, and their lower surface is covered in a silvery felt. The ivory-coloured plate-sized flowers bloom in June, but are mainly hidden by the foliage, though their intoxicating scent spreads far. Autumn colour is showy and early, the leaves turning glowing warm yellows and browns in early October.

Whitebark magnolia has long been grown in Sweden and specimens tens of metres tall can be seen at Kivik Arboretum, for example. The plants growing at Gothenburg originated from seed from the Hokkaido mountains, and have shown themselves hardy; at Mustila plants of the same provenance are growing well, though still in their early years. 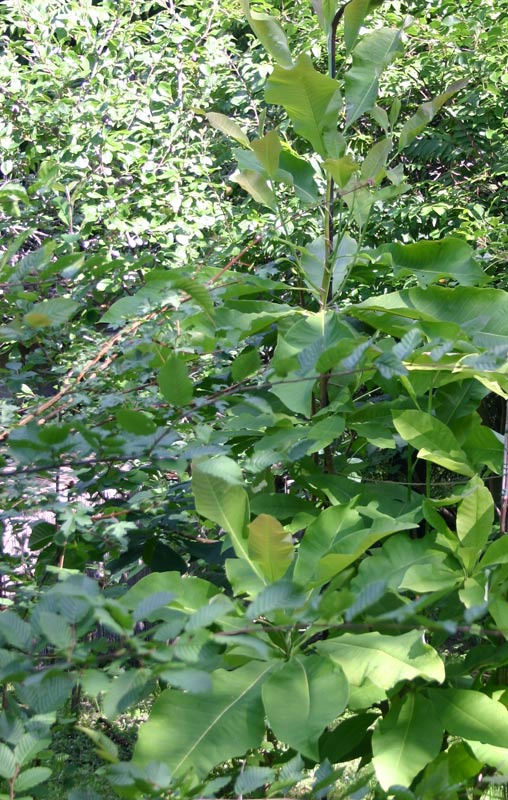