The Mustila hydrangea was ”discovered” among old plantings in the Arboretum in the 1980s, named and selected for FinE-elite plant propagation based on its abundant flowering, beautiful habit and winter hardiness. In appearance it resembles the wild Pee Gee hydrangea, H. paniculata. The erect, conical, white flower corymbs resemble lace. The large sterile outer flowers surround sparser small central fertile flowers. Flowering takes place in September, when few other shrubs are in flower, and the dried inflorescences remain on the shrubs, decorating them throughout the winter.

The Mustila hydrangea, like other hydrangea species, has a naturally attractive habit and needs no trimming, although it is often recommended in gardening books. 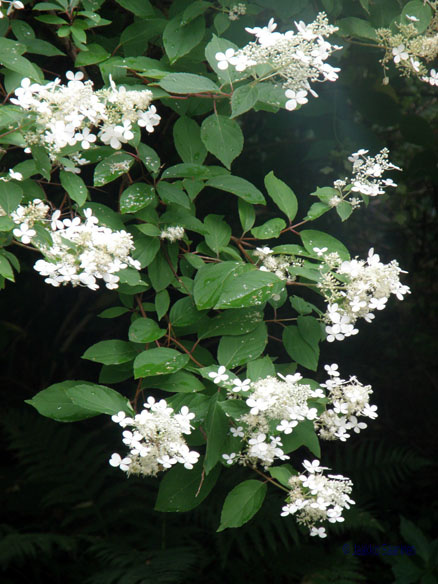