Though it has long been grown in Finland, the Himalayan hydrangea has never been widely used. It flowers about the middle of summer, earlier than most other hydrangeas. It can best be distinguished from the Pee Gee hydrangeas (H. paniculata) by its flat white inflorescences. The large sterile outer flowers may be reddish. In full light the Himalayan hydrangea is leafy to ground level but in shadier spots it tends to grow higher. As a free-growing shrub it is rounded, to about 2-3m high.

In some forms the cinnamon brown bark peels attractively, though there is great variation between provenances in this regard. The large range of the species - from central and western China to the mountains of northern Vietnam - means that a large number of different forms have developed, the best of them being hardy as far north as central Finland.

In the 1980s two of the Himalayan hydrangeas growing at Mustila were selected, and named ’Axel’ and ’Peter’ after the Tigerstedt brothers. They are now in nursery production. 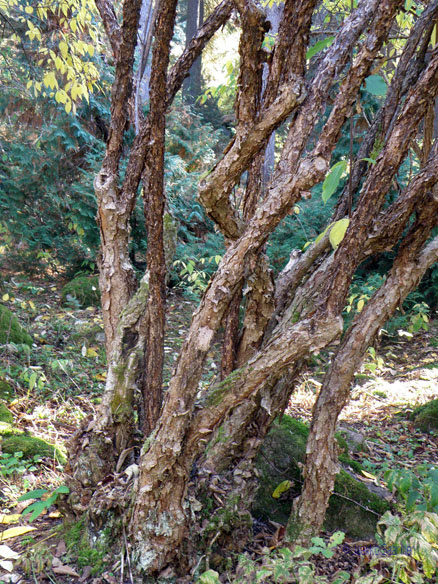