The climate of the west coast of North America favours trees that grow to enormous size, one of them being the western redcedar. In its natural range it can achieve 70m in height, a giant conifer with brown-grey fibrous bark and shiny scale-like leaves.

Western redcedar was the most important tree to many of the native peoples of the west coast, on which their whole lives were based. It was used for canoes and houses, clothes and medication. Knowing it to be the home of the thunder gods, the Haida Indians erected a redcedar as part of their houses as a kind of lightning conductor. Totems were always made from the redcedar, which lasts for decades without rotting. One sign of their respect for the tree is shown by its use without actually felling it – planks were carved from the living tree, which usually recovered and continued its life for hundreds of years.

Western redcedar has been grown in Finland for almost 100 years, but is still rare. Being adapted to a maritime climate, the species grows most successfully on the south and south-west coasts. The severe winters of inland Finland usually kill the tree, unless the provenance is suitable. The trees planted on the moist Pohjoisrinne (Northern Slope) at Mustila in the 1930s are now over 20m high, showing that with seed of suitable provenance and good growing conditions the redcedar can grow into a considerable tree even inland. 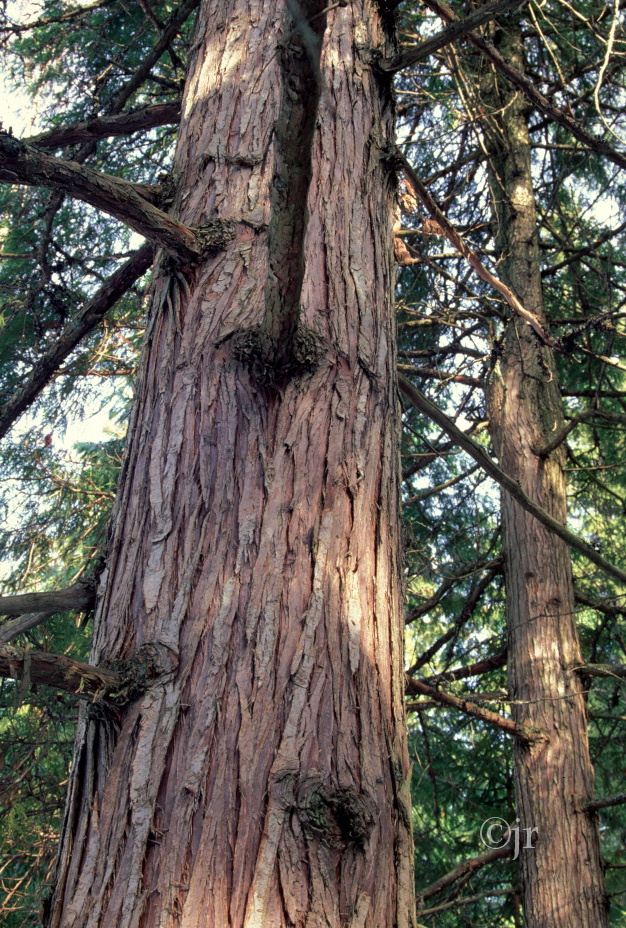