The pink shell azalea grows naturally in the forests of North Carolina in the USA. When it flowers in May on the bare branches it looks as if a cloud of beautiful butterflies has landed to greet the arrival of summer. The blossoms are mainly in shades of pale pink, though some white varieties have been selected and named.

Exceptionally among the hundreds of natural Rhododendron species, the pink shell azalea is one of the very few that refuses to cross with other members of the genus. Not that it needs to be improved by crossing; its slender beauty is in a class of its own. The pink shell belongs to the Rhodora section, whose only other species is R. canadense (English common name: rhodora), but they are not closely related.

The pink shell suits woodland gardens perfectly in combination with similar plants such as rhodora, Chinese Alprose (R. dauricum), or the Korean R. mucronulatum. In fact, it deserves a place in every woodland garden; it needs little care and is in an untamed way one of the very best of the genus. 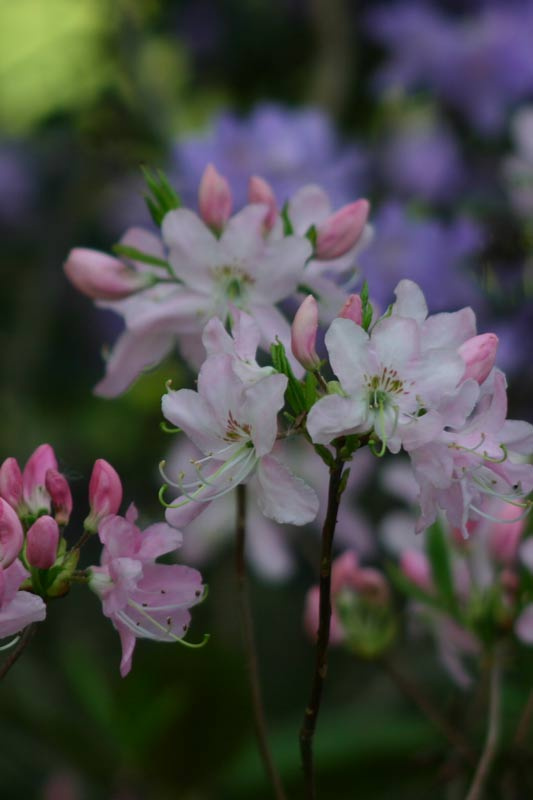