This lovely azalea is one of the hardiest of the wild azaleas from eastern North America.

Leaf burst and flowering coincide, with slender, scented pink or white blossoms. Like the other wild azaleas, this species is at its best on its own, in near natural surroundings, not among the large-flowered hybrids.

The Piedmont (Rhododendron canescens), pink (R. periclymenoides, formerly R. nudiflorum) and roseshell azalea (R. prinophyllum) are so similar that distinguishing one from the others is difficult, but the latter has the most northern range, up into the eastern parts of Canada. It can be distinguished from the pink azalea by the longer flower stalks in comparison with the shorter flower.

Roseshell azalea was probably brought to Europe before 1812, when it was called Azalea rosea. It has been widely used for hybridising because of the scented flowers and excellent hardiness. 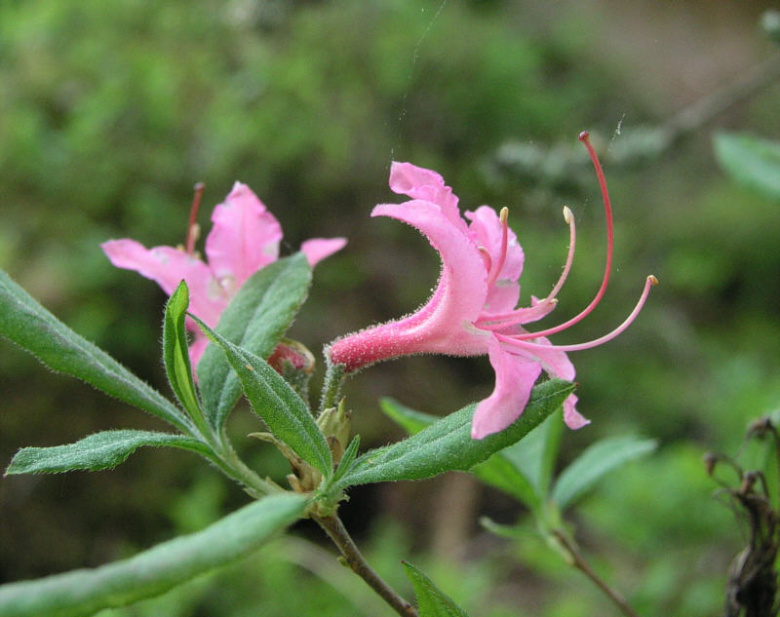