Mongolian oak (Q. mongolica) grows over a large range throughout East Asia and several subspecies and forms have been described, some of them even awarded the status of separate species. The most successful of these in Finland has been the maritime Japanese subspecies called mizu-nara (Q. mongolica subsp. crispula) because it is hardier in the Finnish type of climate, which is unsettled and changeable. The northern provenances from Hokkaido and Sakhalin Island are also hardy to severe frosts. They have been planted in the Japan area on Pohjoisrinne (Northern Slope), for example.

Mizu-nara grows naturally on all of Japan’s main islands and also on Sakhalin and the Kuriles to the north. Compared to the continental Mongolian oaks, the Japanese subspecies is better in several ways: it grows faster, with a straight trunk, and starts growing later in the spring so late frosts are less likely to cause damage to new growth. Abundant acorns are produced while the trees are still quite young. The foliage takes on beautiful red or golden brown autumn colours before the other hardy oaks, which shows that Mizu-nara is well adapted to severe winters. 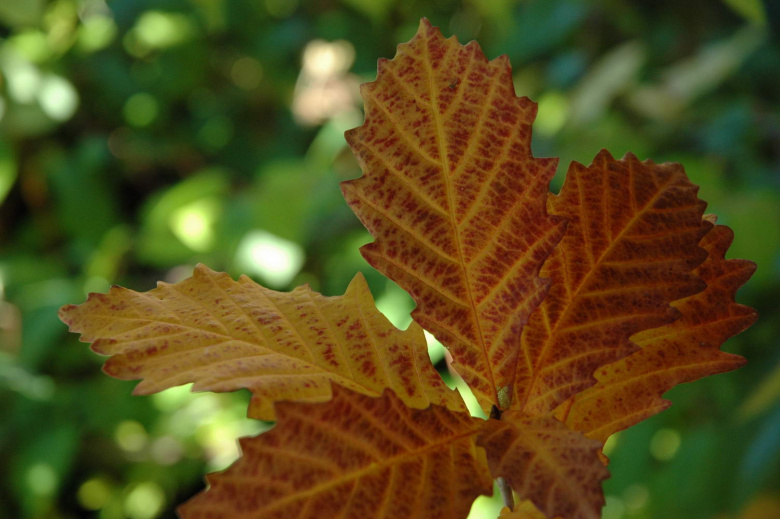