When sembra or stone pines are mentioned in Finland the reference is almost always to the Siberian (P. cembra subsp. sibirica), occasionally the Alpine (P. cembra subsp. cembra) subspecies. The Korean pine is a very close relation but comparatively rare in Finland. They are all similar, the biggest difference being in the cones.

The Korean pine is slow-growing and long-lived. Conical when young, the crown spreads as growth slows with age. The needles are in groups of five, and the silvery-white stomatal lines give the generally blue-green appearance of the tree a touch of light. The cones are 10-15 cm long and the scales reflexed at their tips. The cones do not shed their seeds while on the tree, but instead fall complete. Many don’t actually reach the falling stage, because they are harvested by both animals and man for the thick-coated nut-like seeds, which are a valuable food. They are big business in the east.

There are varying reports of the Korean pine’s hardiness in Finland, from the south coast to Joensuu. There are reports of thriving trees, from young individuals to others producing cones, but there have also been reports of frost damage. 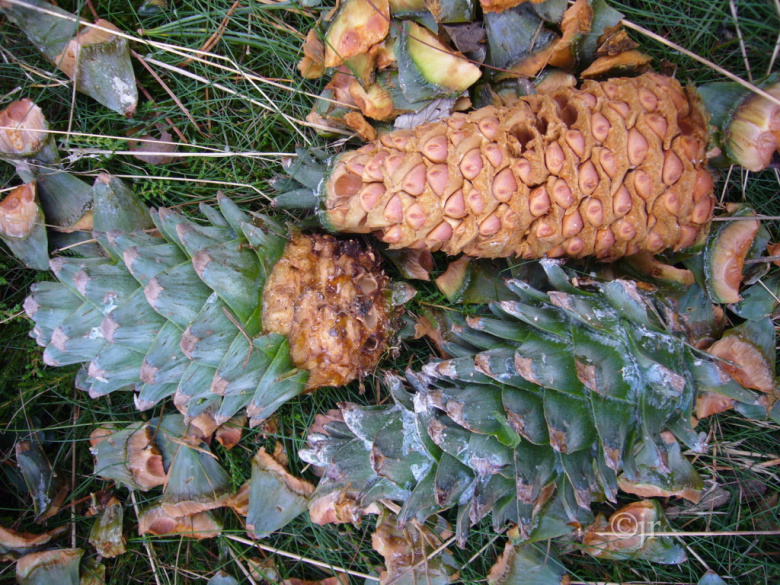