Colorado spruce grows naturally in the southern Rockies of the United States, between 1800-3400m above sea level, together with Douglas fir (Pseudotsuga menziesii), Engelmann’s spruce (P. engelmannii) and Subalpine fir (Abies lasiocarpa), among others. It prefers open mountain forests and is quite happy on fairly dry sites. With its deep roots, it survives storms well. The needles often display the waxy blue-grey coating typical of many species of conifers from southern mountain zones.

Colorado spruce has a regular conical shape, and is very dense. Particular when young, the crown is attractively layered. The sturdy branches grow horizontally. A good tip for recognising this species are the particularly stiff and sharp needles, which are quite long, curved, and tend to grow sideways or upwards. Their colour varies from green to grey-green or bluish.

In Finland, Colorado spruce deteriorates rapidly through lack of light if planted en masse, but it grows well as individuals in gardens and parks. The blue-grey form known as “silver spruce” is one of the most popular landscape conifers used throughout southern and central Finland. A huge number of special shapes and colour variations have also been developed. 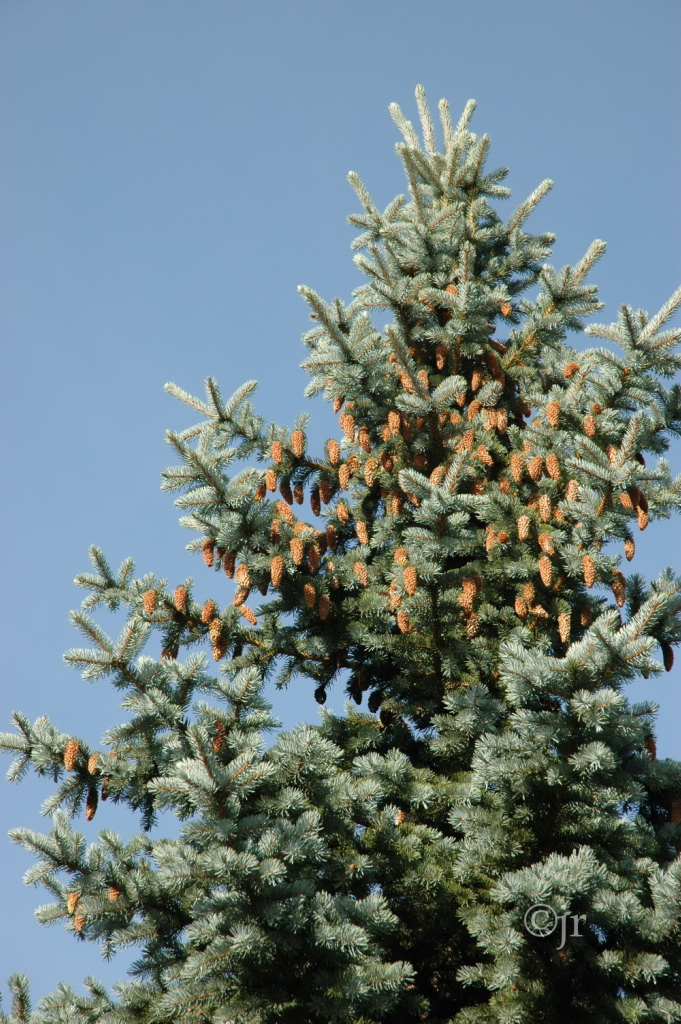