Sakhalin fir is fast-growing, and suited to both landscaping and forestry use. It grows rapidly into a stocky tree but seems quite long-lived for a fir. On suitable sites it can compete in timber production with Finland’s native conifer species. After the early years when the tree appears rather thin, the branches of the broad crown grow “Japanese-style” upwards and the long, well-spread needles give older trees a very luxuriant appearance. Sakhalin fir is native to Sakhalin Island, the Kuriles, and Japan’s Hokkaido.

Two different varieties of the species grow at Mustila, var. sachalinensis and var. mayriana, the latter having shorter needles. Although Sakhalin fir is fairly maritime, it grows well at Mustila and regenerates freely. The Mustila plantation is full of small seedlings. 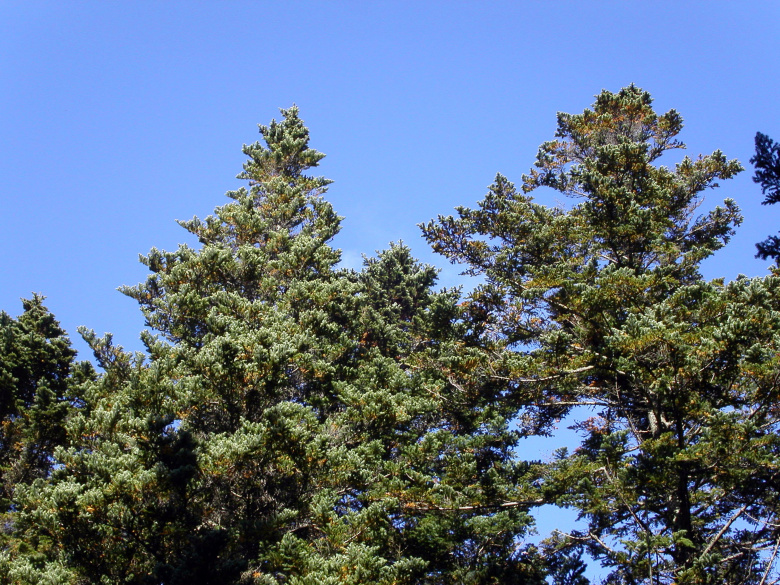