The Farges’ firs in the upper part of Mustila’s Etelärinne (Southern Slope) have survived for about 90 years, but are nevertheless a good example of how even the most promising exotic species fail to satisfy expectations in the long run. Not a single specimen of this fir, native to the mountains of south-west China, has grown into a proper tree, all having regularly frozen down to the snow line.

In the wild Farges’ fir grows into a massive tree with fresh green needles to each side of the shoot, though not comb-like as in some other species. The red-brown (occasionally bluish) cones are 5-9 cm long, but so far there has been no opportunity to admire them in Finland – perhaps one day, if a hardier provenance is found.

The only conifer species from the areas east of the Himalayas to succeed in Finland, so far at least, has been the Chinese (or Dragon) spruce (Picea asperata), and it is unclear why firs from the same area are less successful. Perhaps climate conditions in the collecting areas have not been ideal, bearing in mind Finnish conditions. This is unfortunate, as this species makes a magnificent tree. 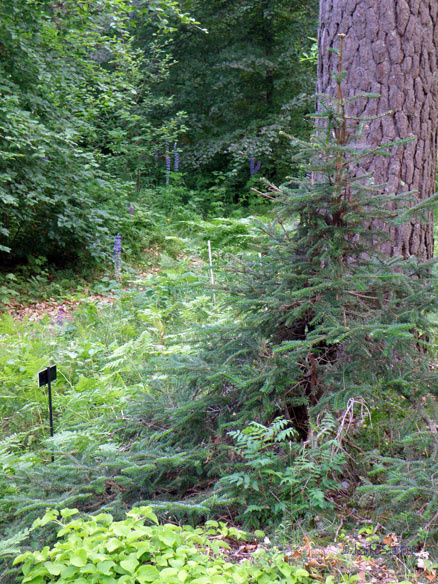